The Artists’ and Writers’ Rest Home 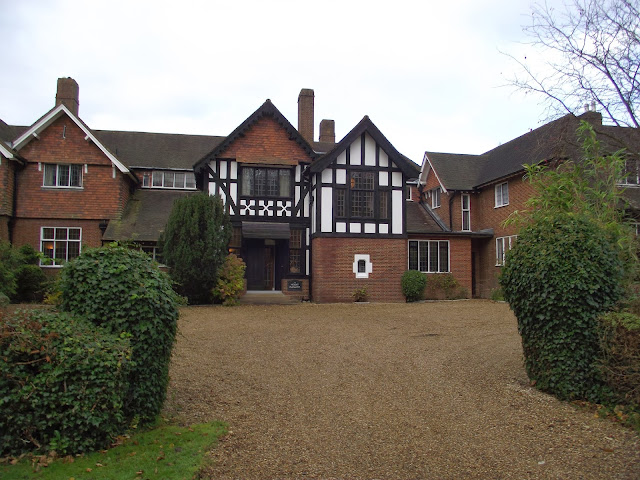 My six-night stay at The Artists’ and Writers’ Rest Home at , , had the desired outcome. I beat a path to the end of I Know What You’re Thinking and have been able to send a completed first draft to my client in . I await his response.


was a remarkable experience. Well, check out the photo, above. I actually grew up around the town of and, even fifty years ago, was well aware that it was pretty up-market. The contrast now between that part of and the part where I live is comparable, in my view, to the contrast between, let’s say, southern in the 1950s and a provincial town in Soviet Russia at the same time. There is very little to suggest that the locals (in ) would have the faintest clue what life is like in a pit village. And vice versa. It saddens me to see such a gulf in my country between those who are on the gravy-train and those who are – to stretch the metaphor - still maintaining the track as the train thunders past


However. There’s often a ‘however’, isn’t there? I relished every minute of the luxury that afforded me. I awoke to my alarm at 0630h each morning and started work. At 0800h there was a knock at my door and a tray of tea arrived. After another hour at the keyboard I would hear the gong from downstairs which signalled breakfast. I skipped lunch, preferring to take a walk  into town to grab a coffee and a sandwich before returning to base for another spell of work. At 1600h I presented myself in the library for tea and cakes, and at 1900h, in response to another gong, galloped down to the dining room for dinner, followed by cocoa in the library. Most evenings I managed a further session of work before going to bed. My fellow guests (there were only three or four at any one time) included a portrait painter, a Shakespearean scholar, a novelist, a classical musician and a poet.


Meals were rather splendid occasions. Breakfasts comprised cereals or porridge, with kippers or bacon to follow, sometimes eggs, and as much toast as a chap could manage. Each place setting had a napkin in a silvery ring, with one’s room number on it. Under the carpet, at the head of the table, was an electric bell-push. Whoever was at the head of the table had, at the end of each course, to tread on the button, whereupon the door would open and the next course would arrive on a trolley. Wine or beer was available at a reasonable rate; or guests could provide their own.


As all good things must, it soon came to an end and I took the train home, re-entering the 21st century last Thursday night. Having sent off my manuscript for appraisal on Friday evening, I am now in the process of tidying my desk – no small task, that – and re-arranging my filing system, in the hope that I may (a) find things more easily, and (b) get rid of the piles of papers that clutter up the floor. I have also completed my Christmas shopping a week earlier than I have ever done.