I awoke at four-thirty yesterday from a dream about skunks. I was telling someone to relax. ‘We don’t have skunks in .’ True, but we do have them in , and the bedroom was filled with that pungent, unmistakable smell. Had one got into the basement? The house? It was daylight before I found the droppings outside the front door, and by then the air was breathable again. I think my visitor had just been marking out some territory – right under my bedroom window.

After a leisurely breakfast I took a little tour. I wanted to see Old Jules’ grave in . I drove down Hwy 61, a lonely road with next to no radio reception and precious little to look at, except the varying shades of the fall grasses. I passed four vehicles in 57 miles and veered off the pavement just once – through inattention and boredom. Heading  west along Hwy 2 I paused at , just a scattering of  buildings now but in the period 1916 to 1921 home to a thriving potash industry. Supplies from being cut off due to the war, somebody discovered that the vital mineral could be extracted from the alkaline content of the lakes down there. In Old Jules Mari refers to those bodies of water as “stinking as old setting eggs, the gray water edged with alkali-bleached tufts of grass.” But suddenly they were valuable, and people whom Old Jules had scorned for their stupidity in settling on such land were making a mint. Over those five years there were 2,000 inhabitants in , and five plants working round the clock. Then overseas supplies were restored, production came to a halt, and the buildings were left to decay. 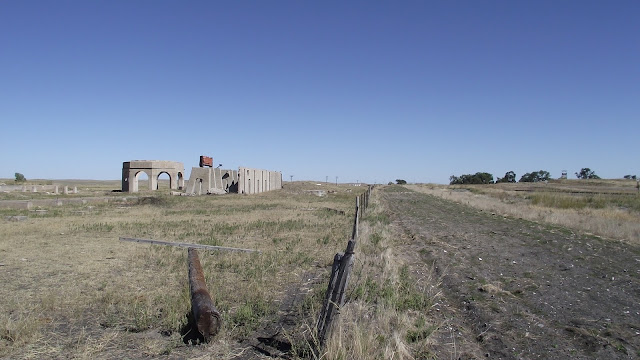 A little further along the road I stopped at Ellsworth, again little more than a handful of buildings around a road junction. This is where the old Spade Ranch had it headquarters, and the former company store is still there, now re-invented as Morgan’s Cowpoke Haven and, unfortunately for me, closed on Sundays. 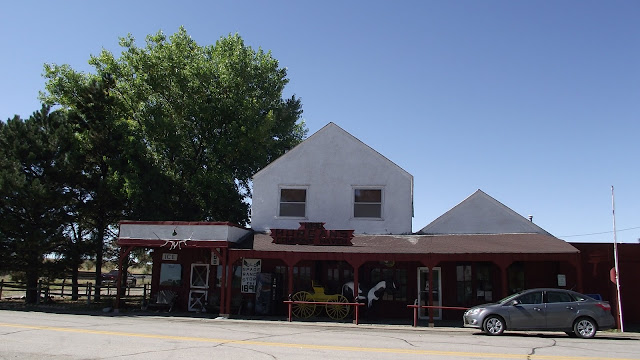 I’d set off for Alliance without having the faintest idea where Old Jules was buried, and unmindful of the fact that this is a town of some 9,000 inhabitants – so there’s quite a lot if it to get lost in. I walked into the first gas station I came across and asked to be directed to the cemetery. The guy at the cash register was not from around these parts and had no idea. He suggested I ask one of the customers, which I did. ‘Which cemetery?’ was the next question. ‘City or Catholic?’ I took a wild guess at the former and then listened as the lady tried to explain how to get there. She soon realised it was a lost cause. ‘Look,’ she said, ‘my daughter and I aren’t doing anything special. Follow us. We’re in that jeep out there.’ They left me at the cemetery entrance, pointing to a directory ‘over that way’, and drove off. 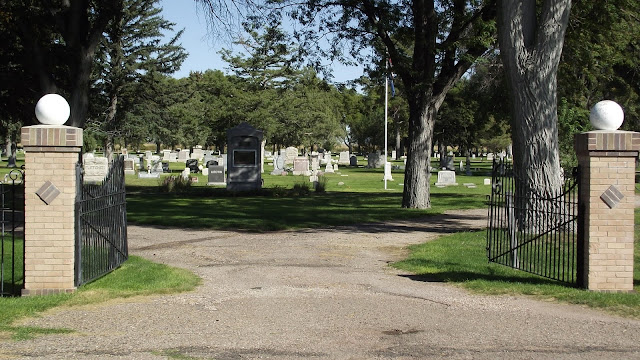 The directory, which looked like a mausoleum, was an electronic, touch-screen job, and as soon as I keyed in ‘Sandoz’ up it came.  Block 8, Section 5. It took a few more minutes for me to find the graves – of Jules, Mary and Flora, tucked in beside the Strasburgers, whose nephews Jules threatened when they came to talk about running a new phone line across his land. Mari it was who’d prevented bloodshed, knocking the barrel of his raised gun to send the shot harmlessly over their heads. 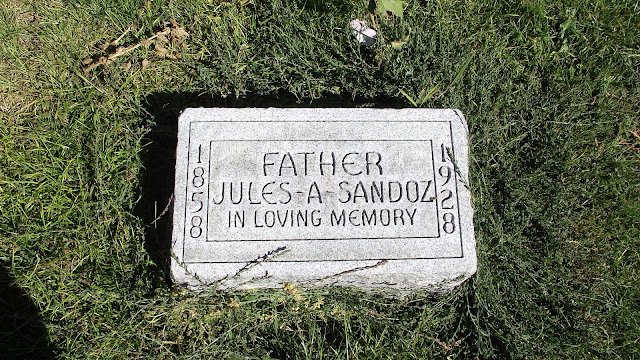 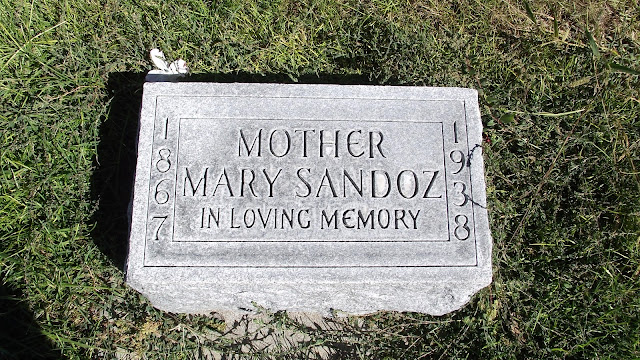 I drove home up Hwy 87, through Hay Springs and Rushville, completing a circular trip of 200-plus miles. If I can get to see Caroline this week I will have made all the pilgrimages I intended to make.


I mentioned earlier the many colours that mark the hills just now. There are pinks and reds, yellows and greens, sometimes mingled together, sometimes visible as separate broad splashes; and here and there one particular colour will dominate, according to the type of land, the amount of moisture and, I dare say, several other factors. When you stop and take a close look, you can see that the bunch-grass alone consists of several different shades. It’s a glorious time of year, and it’s going to be a real wrench to take my leave next week. 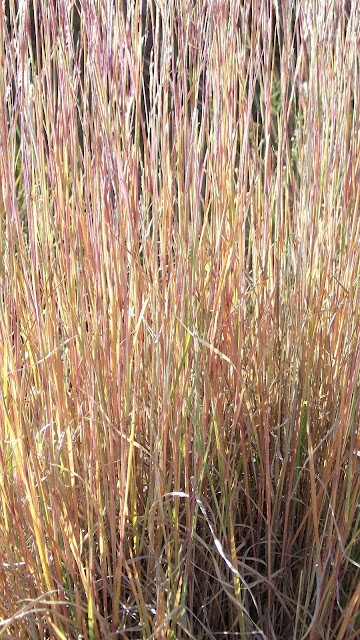